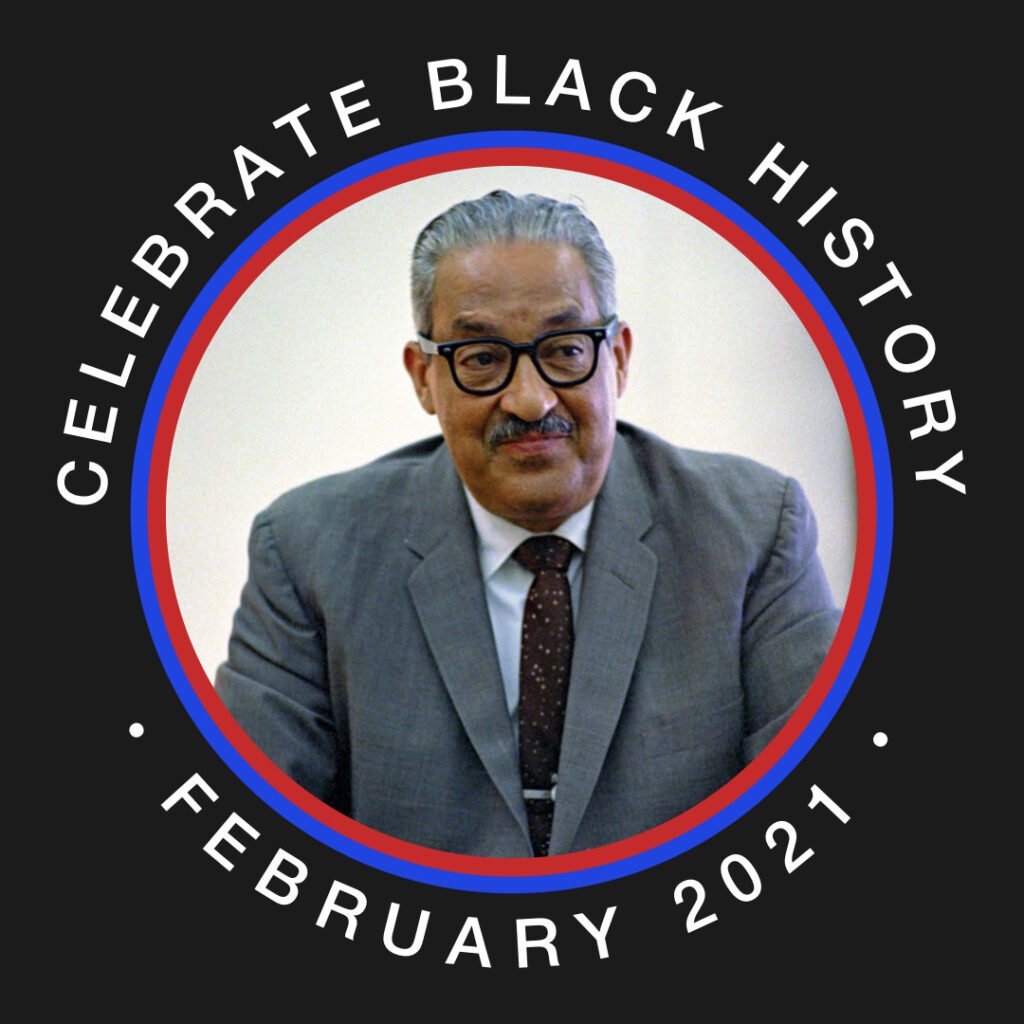 Thurgood Marshall’s interest in the law came largely from his father, a writer, who would take him and his brother to court on days off from work. Marshall has said his father “never told me to become a lawyer, he turned me into one” by engaging him in debates on the law and current events.

Born in 1908, Marshall grew up amid segregation, attending an all-black grade school. He later graduated from Lincoln University in Oxford, Pennsylvania. His first choice for law school was the University of Maryland, but he was denied admittance because of his race. Instead, he attended Howard University and graduated as valedictorian in 1933.

Marshall joined Charles Hamilton Houston, whom he had met during law school, as an attorney for the NAACP. In 1940, after Houston had retired, Marshall founded the NAACP’s Legal Defense and Educational Fund. Over the years, Marshall argued countless cases in front of the U.S. Supreme Court, most notably was Brown v. Board of Education.

In 1961, Marshall was appointed as a federal judge to the 2nd U.S. Circuit Court of Appeals in New York City. Four years later, he briefly became the solicitor general before being appointed as the first African-American associate justice to the U.S. Supreme Court. Marshall died of heart failure in 1993.